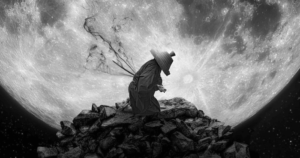 Reasonable people would agree that, since none of us is perfect, failure… From time to time throughout our lives… Is inexorably tied to the Human Experience. This is not to suggest that it is ever welcome, nor does it mean that every effort should not be made to avoid or prevent it. It simply means none of us is immune to the possibility that failure will show up at our doorstep here and there, and from time to time, throughout our lives. These very same people of reasonable natures would further agree that, by and large, once we have cleaned up after ourselves from the failures we endure, we are all the wiser – in retrospect – once we have learned our lessons. It would be fair to say, then, that learning from our failures gives birth to Greater pearls of wisdom that we can hopefully apply in our future pursuits. In this context, the case can be made that Wisdom is Failure’s Bastard.

Go ahead… Read that again… Swirl it around on the brain’s palate like a fine Courvoisier. I’ll wait.

Failure is a funny thing. Benignly defined as “a lack of success”, the mere existence of the word in a person’s biography or obituary or anywhere else in the public domain is, perhaps, the single greatest irrational fear shared by every member of the human race. After all, who among us actively pursues a life that will be remembered as a failure? And, like so many of the irrational fears out there, fear of failure just might be the greatest waste of human emotion in the history of wasted human emotions because it prevents us from being driven, curious, adventurous, inquisitive, inspired, or… Perhaps worst of all… Ever becoming Wise. And wisdom, more than any other human trait, can only be earned through failure itself, and the wisdom born from it.

I humbly take credit for coining this phrase while making sure to point out that it came to me during a quiet period of reflection while looking back on some of my own most epic failures in my recent past. The subsequent epiphanies are at the root of this website ever having been started and are the foundation upon which it is built. And, for future reference, I will mention in passing here that there is nothing random or coincidental about my having selected Peter as my patron Saint when I became a Catholic. If you are paying attention, your imagination might just start connecting a few dots.

Now… To kick this entry off, consider my favorite author and greatest influence on the approach I take when putting pen to paper:

“It is not in the least likely that any life has ever been lived which was not a failure in the secret judgment of the person who lived it.” – Mark Twain’s Notebook

Volumes have been written over the many millennia of humankind, from every angle and purview, oftentimes couched in soothing tones and inspiring parables, to explain away the most necessary evil of human existence: FAILURE. Yet, without failure, many of the dimensions that separate us from other animal species would be lost. Without failure, the human beast might never have developed its lust for ambition. We might never have comprehended the abstract concept of progress or succumbed to its addictive properties. And we most certainly would never have embraced the idea of self-reflection and the notion – hopefully – of self-improvement.

Many a well-intentioned act or brilliantly devised scheme has fallen short in the lives of men and women. And putting aside the ones born of malice aforethought or well hidden in the deepest and darkest recesses of contrived malfeasance, our history is flush with examples of failure. And nobody cares how hard anyone tried… What never makes it to the history books is all the ways things went wrong. Also left out are the ‘near misses’, the ‘almost made its’, and the ‘oh so closes’. But why is that? Every once in awhile, here and there, and almost always unexpectedly, the stars all align in just the right ways such that Failure gives birth to an accidental success. Wouldn’t we all be better served if we knew – in great detail – all of the failures that led up to that ultimate success? It doesn’t seem terribly much to ask, but this is just not the way the real world works.

But, at the end of the day and in between the many failures and the few successes, it is literally every man and woman for themselves. Ours, alas, is a species designed to reinvent the wheel over and over and over again ad nauseam. It’s just what we do.

Which brings us to that one gift equally distributed to every human being at Birth by our Creator:

It is my assertion, philosophically speaking of course, that everything which is contained in The Human Experience – failure and success, or victory and defeat, or gain and loss, is built by the hands of free will, perfected with the eyes of wisdom, and nourished and sustained by the beating heart of persistence. And this symbiotic relationship is the bassist for Mankind’s continued – albeit deeply flawed and imperfect – ability to continue its existence.