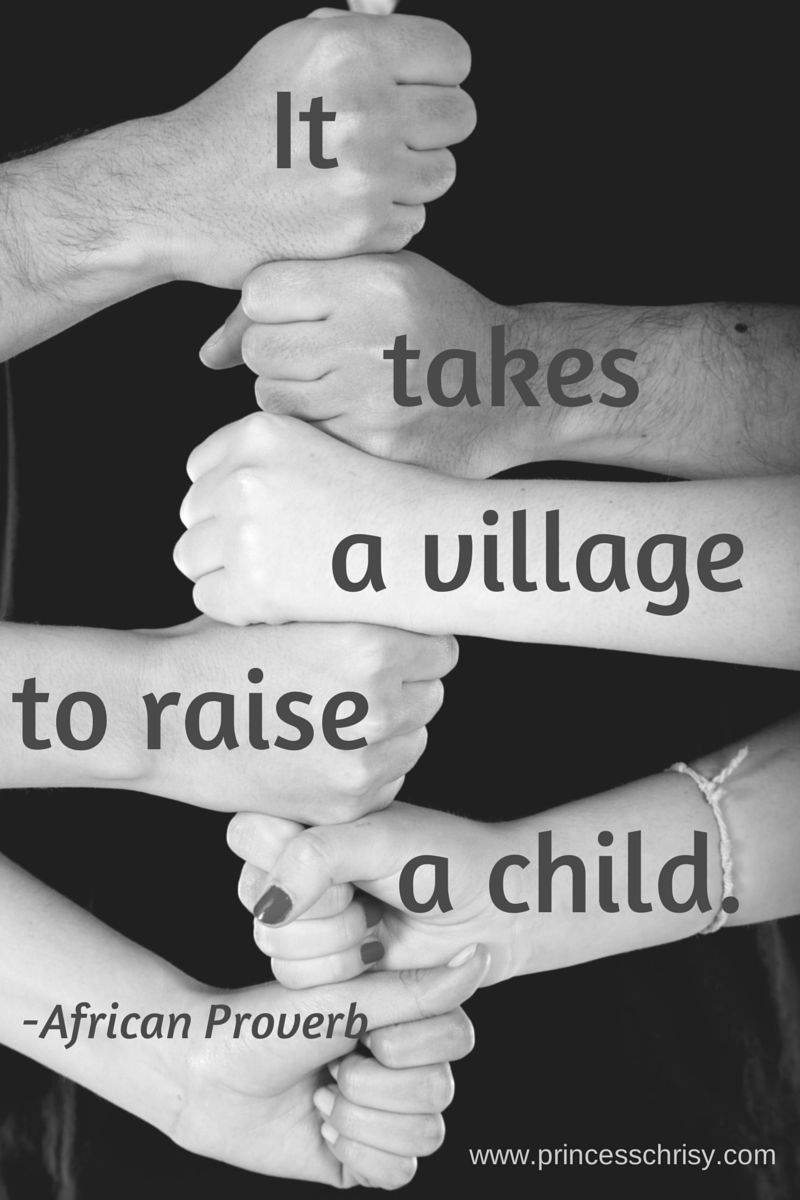 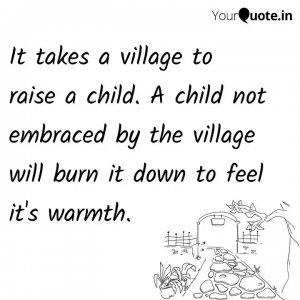 A fairly well-known proverb, wrongly attributed to failed presidential candidate Hillary Clinton, says that “it takes a village to raise a child.” Wikipedia (not always terribly reliable) tells us this quote originated somewhere in the African culture. As positive and uplifting as this proverb might intend to be, any sober consideration of it – especially when laid over the broken children being raised by our broken world Village – makes it quite clear that our efforts to raise them are, in fact, not only failing them but increasingly killing them.

On Valentine’s Day of this year (2020) a young man… A child, really… Was eating at a popular fast-food hotspot after a high school basketball game joined by friends and peers. It was a moment in a young life, like any similar moment for any typical High School teenager anywhere across the country or anywhere else on Earth.

An argument broke out between a young man in his early 20s and some other person outside the restaurant. Some of the teens went outside to see what was going on and after a few moments someone yelled out the word”GUN!” causing the crowd to scatter and run for cover. The innocent child in this story, with his best friend alongside him, took off.

Two gunshots later, as the best friend turned around to see his buddy wasn’t with him, this innocent child lay in a pool of his own blood with a gunshot to the back of the head. He was not the shooter’s intended target but rather the victim of a gunshot from an angry person shot wildly in a heated moment. A few hours later, this child would die from his injuries.

His funeral service was held in a church in the town where he grew up. So many people attended that it made the local news – over 1,000 people attended a funeral for 1 17-year-old child that had everything going for him and whose only crime in his short Young Life was to be in the wrong place at the wrong time near the wrong person.

And he paid the ultimate price for that.

Of the many eulogies given in his honor, perhaps the most important one came from one of his close female friends in school who pointed out, tearfully, that this problem of kids killing kids is not a white or a black problem but rather it is a human being problem and it needs to stop. It was further pointed out by a subsequent, older eulogist, and directed not at the adults but the other teenagers in the church, that it was ultimately up to them to decide for themselves that violence had to stop being the way they solved their problems.

Children Are A Reflection Of Their Parents

With every new headline about mass shootings, especially in schools, the immediate reaction is to call for gun bans as fast as a politician can run to get in front of a microphone and a TV Camera. And the almost universally-lazy Media Outlets start pushing every story they can dredge up, true or not, to blame Republicans or gun makers or the NRA for every gun-related death they can blame on someone they don’t like or politically oppose.

We’ve all seen it, and we have come to expect it, but every time the weapon is blamed rather than the person responsible for the act, we only further remove ourselves from any hope of solving the real problem.

Ask yourself when the last time it was that you heard anyone blame apparent, or an absent parent, or an adoptive parent, or the overprescribing psychiatrist, or the school, or the teacher, or anyone else in a Shooters extended family for the death of one of these kids. We both know the answer.

The reality here is a simple one: You can blame the gun for the crime all you want, and you can remove every gun from every person in every corner of the country, and what you will find very quickly is that people will continue to be killed for no apparently good reason. This is because the weapon of choice is not the problem. The problem is the decision to use a weapon to solve the problem. This is a pervasive crisis, not of weaponry, but of the failure on the part of parents and the larger Village that surrounds them to teach our children how to focus on making the world a better place. And it is the whole of the village raising our children that have washed their hands of any personal responsibility to raise them as they deserve to be raised.

A few lessons on understanding that they are only tiny minuscule parts of a much larger world and Universe and that they need to be good stewards of these things wouldn’t hurt either.

Ask yourselves, dear readers, whether the world in which you live is anything like this anymore. If we are being honest with each other, it should be unanimously agreed that things aren’t this way and have not been for a very long time.

People are increasingly and demonstratively angry and bitter and cynical. We scream and yell at service workers and cashiers and waitresses and cabbies and bus drivers. We commit acts of violence, great and small, against complete strangers because they have done us some discourtesy or disrespect. We get into fistfights on Christmas Eve over the last stocked toy that our kid simply HAS to have under their Christmas tree. We cut each other off on the highways because we think we will get to work 3 seconds faster if we do. We blow or horns at each other, and scream out our windows because people aren’t moving fast enough or are getting in our way as we try to get somewhere faster or sooner than anyone else. We scream and yell at bill collectors or door to door salesman. We scream and yell at coaches and referees and parents of opposing players at t-ball or pee wee football or soccer games. And we do all of these things, and so many more, that it has become normal and expected and, therefore, acceptable way to behave.

Have any of you ever stopped and looked around to see who is watching that behavior?

Yes… It is the very children you and your village are raising.

It is the churches you don’t take them to anymore, and the internet use you don’t have time to supervise. It is the indiscriminate violence in the video games they play that you have convinced yourselves has no effect on their behavior. It is the messages in today’s music, glorifying guns and violence and disrespect for women. And it is the almost total disregard for the value of human life it all comes together to form our attitudes about the way life should be lived.

Such is the state of the report card for our parents and our Global Village and directly reflects on the children we are raising. In that context, I say again that our Collective failures as parents come at the cost of our children’s lives.

The child at the beginning of this treatise is my grandson. Living far away from me, I didn’t see him very much but had been fortunate to have spent a good amount of time with him when he was six or seven years younger. I had nicknamed him “the heeminator” which was nothing more than a goof on his name being Jaheim, and the movie Terminator. Untold he always loved that nickname.

When I first got the news that he had been killed I remember feeling devastated and heartbroken and couldn’t stop wondering, in the hours between when he was shot and when he died, whether he heard anything or felt anything and whether he was scared or sad or wishing he could just go home and see his dad and Miss Kristin and maybe wake up to find out it was all just a terribly bad dream. I cried for him, and his dad and his stepmom and His Two Step Brothers and for all of us really because it was such a goddamn waste of a life filled with so much potential.

The family rushed to North Carolina as quickly as possible and, as I walked into the funeral home to see him in that casket, all I could think of was that he was a child. not a young man… not a strapping teenager or football player… But just a little child that had barely begun to live and was now lying dead in front of his weeping father and mother and StepMother and aunts and uncles and cousins and Step Brothers. And I decided, in that moment, that what you have just read needed to be written when I could clear my head and collect my thoughts.

And now that I have, all I keep thinking about is how avoidable this tragedy and devastating loss really could have been if only the shooter had been given time enough, before pulling the trigger, to see into the future and to see what it would look like with Jaheim laying in that casket wearing his football jacket. Or maybe to see how devastated Jaheim’s family would be. Or maybe to see the thousand-plus people that would be wailing and crying and asking God for answers and praying to God ford Jaheim’s soul or asking Him to grant some solace or comfort to the family, friends, and loved ones that the shooter had brought together for absolutely no goddamn good reason.

At the end of all this, I want to leave you with the message that this is not about me or Jaheim or our greater family and our terrible loss. This is about you and your children and your friends and their children and the town in which you live or the community of which you are a part. It is about changing the way we raise our children and it is about demanding more from them and more from ourselves. In Jaheim’s honor, and on his behalf, I ask not for your prayers or condolences but for your commitment to be part of the solution to the problems in your villages and stop being part of the problem. 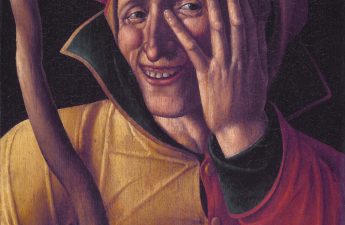 The Science Inside the Math of Science

1 thought on “Killing Your Children”