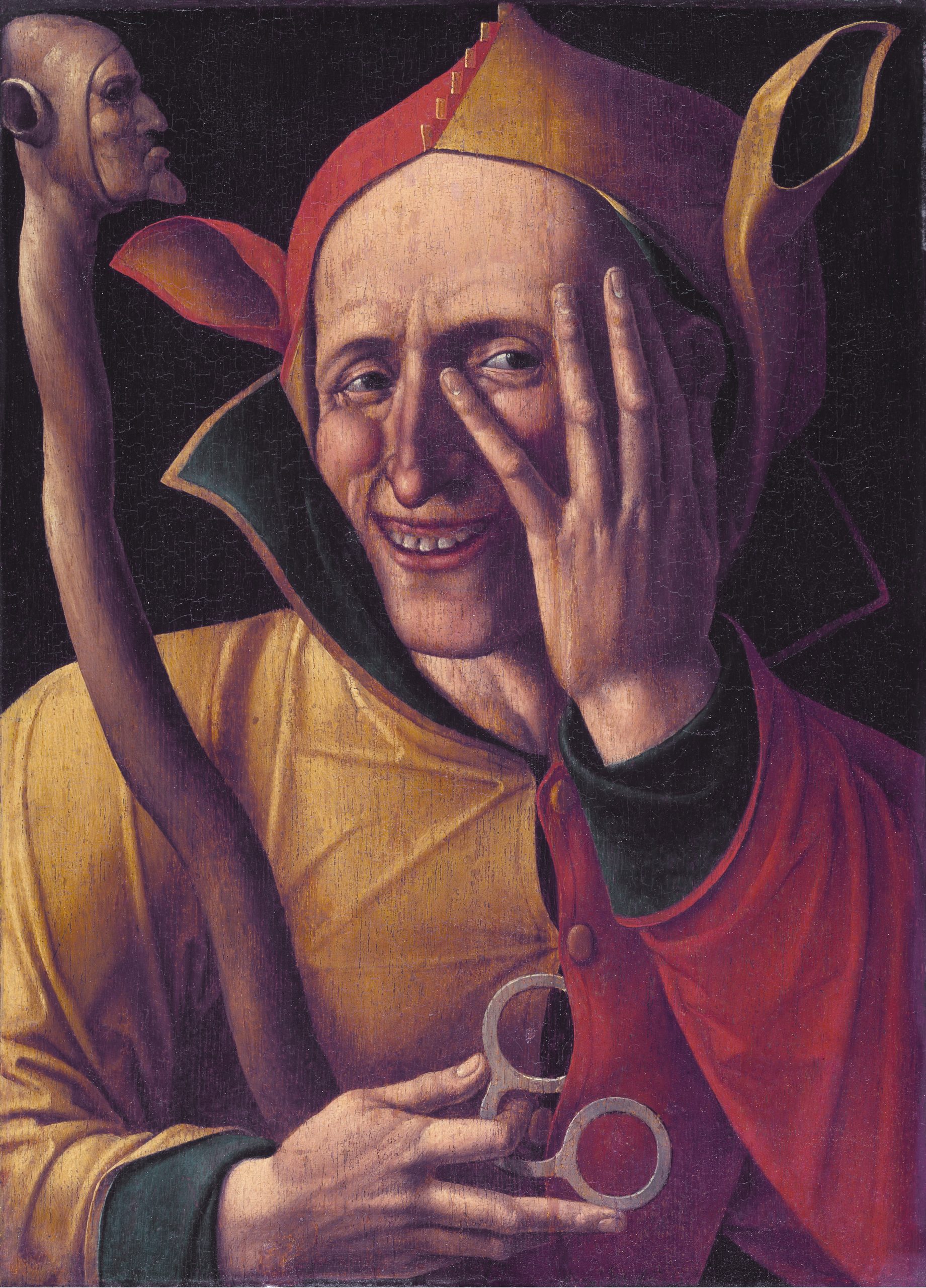 Sometimes simple events can help one see things that seem complicated but aren’t.

Last night my door bell rang just before dark. Since my wife hung the “NO SOLICITORS” sign at the front door, no one has come to our front door for over a year (except for Amazon, who just ring the bell, then leave.

It was an old friend, David, a congenial black man, 60s, who buys storage units then resells them at flea markets. He wanted my advice on some “paper” he’d bought, so I walked out to his van and he showed me a box full of stamp album pages, and packets of stamps. A quick look and I told him they were a kid’s collection and gave him a couple of places he might sell them. Then we spent about 10 minutes talking about his business and how things were at the flea market, which I hadn’t visited in about five years, when I saw him last.

I looked up into our dining room window, and David noticed too. The light cam on. It was getting dark, and cold, so I slapped him on the shoulder and we parted.

I know what you’re thinking, and no, other than that slap on the back we never got within 2 feet of one another. Then I went back in and went into the bedroom, where my wife-the-retired-nurse was standing there looking as if it was 3 AM and I had lipstick on my collar. She just said, “Stay away from me. You two were close enough to hug.” “Nah, we just shook hands.” “No you weren’t…” only I didn’t let her finish and went to my computer in the other room.

But before I could settle in, she came in wearing black rubber gloves, carrying two pieces of tissue and a spray bottle of something. It stunk as she sprayed the tissue and then she said “Stick out your hands” and scrubbed them with some foul smelling sanitizer, telling me how I might have caught the Virus for sure. My reply: “Hell, I have 12-14 hours to take another shower, but I sure as hell ain’t taking two in one day. Thursday morning will be here before you know it.”

She left but came back shortly to finish her Science lesson. “Imagine I put a 100 M&M’s on the desk here (all her arguments are chocolate-coated) and two of them are tainted by Covid. Would you eat them?”

“You’ll die”, she replied. “No, I might get sick” I replied, “with just a chance of being hospitalized, or dying.” “But you’re over 70, no matter many miles you run a day.”

Then I came back, “What if it were 100,000 M&M’s, not 100? Or a million? And all I grabbed were a handful? Better still, since this is what the CDC docs aren’t telling you, “How do you know, really know, even one of those M&M’s is tainted? They don’t. It’s a guess. They can’t know until after someone gets sick. What the docs aren’t telling you is they don’t know squat until after people get sick, and that the virus is out there. Somewhere. If you look at the 600,000 plus who have gotten sick they can only track the origins, China and Europe, which were shut off 60-70 days ago. They only know how 5% actually got the disease, the rest are still “under investigation” and those numbers have been in that range since they first started counting. Although the case numbers have climbed in those 2-3 weeks they haven’t gotten any better with tracking down how people got the virus; who touched who, and how. They don’t seem to be doing the good shoe-leather cop work of Science. Instead, they’re odds-making, like Vegas, which is both easier and safer. And it’s face-saving.”

“While I may not know that much about Science, I know a lot about shoe-leather running numbers and front office dodges.”

Then I took my bedroll and curled up in the car.

Certain laws apply here, and they have nothing to do the Virus but rather being able to account for a thing one cannot know until he actuall confronts it.

To illustrate, I have to tell you another story, but from a corporate production experience, in the late 1980s, which illustrates laws that commands almost all organizations, from Science to business.

I set up the production planning team in our company’s largest production plant. They scheduled our knitting rooms how much and what type of cloth to knit each week. Hundreds of thousands of pounds a week. The Corporate Planning team sent down knitting requirements, based on a mathematical equation that was either wrongly constructed or wrongly applied. But we had 16 machines that made winter fabric, which took up a lot of space, plus three full time knitters on three shifts, to produce. But we didn’t need the cloth since we had a separate warehouse that had a full 1-2 year’s inventory of that cloth. We wanted to put in machines that made different cloth.

Each week the Corporate planners would send our factory scheduler and I would have the factory planner manually override and simply pull the fabric from the warehouse. We still sewed the garments, and shipped the finished goods to our distribution center in Alabama, but our production reports weekly showed zero knitting of this cloth.

The #2 of the Corporate planning team, Harold, began asking, then harassing our plant production scheduler, an hourly-paid lady, to “knit that cloth we ask for”. Finally he and one of other sat down with me in their office at Corporate after our weekly production meeting with the CEO. Harold brought their numbers, including formula they used, which included in its numbers a “safety stock” factor. It was against this “safety stock” we were asked to knit, all because their formulaic math did not include that half-million pounds of fabric in an off-site warehouse 10 miles away. Duh.

I thought our meeting was enough to end this silliness. But Harold stood firm. “Knit what we tell you to knit”. Obviously this wasn’t about math or production needs, it was about status; corporate versus factory status. When I got back I told Eva about the meeting then told her to keep scheduling knitting as she always had.

Sure enough, about two weeks later I got a call from the CEO’s secretary telling me that there would be a meeting with the Planning VP and his team, including the CEO, to discuss this knitting disagreement on Tuesday. But not at the Corporate HQ but at the factory.

When I came into the room I noticed that not one of the plant officers, neither the VP plant manager, nor the Executive VP was asked to sit in. Just me. The CEO asked me to make my case, and I explained it pretty much as I just outlined above. Easy math, actually. Took about 3 minutes. The VP planner, Glenn, sitting across from me, didn’t say a thing, and deferred to Harold, his #2 who liked to pull rank on Eva. He didn’t talk about the numbers so much as their authority to make these judgments, not the factories. Once finished, the CEO, without hesitation, told me, “Do it the way Harold has always requested. I don’t want to hear anymore of these complaints.” Then got up.

I thought surely the CEO would be able to see this very simple ‘x” factor some pencil-neck had inserted and realize it didn’t belong in the equation.

Then I understood when, about three weeks later, back at the HQ, Don, who had been #3 in the Corporate Planning department, told me that Harold had resigned and was taking a job in Ohio. He then told me “By the way, you were right on that safety stock issue.”  Then two more months, VP Glen also resigned.

Now the CEO didn’t like me for other reasons. I knew him to have a violent temper when back-sassed, but my belief he felt the same about being made a fool of, especially in front of someone like me.

One can never fully confirm things like this, but I’m guessing the CEO quickly knew my calculations were correct, and probably read both Harold and VP Glenn the riot act, but more likely for embarrassing him.

It would be 30 years before I’d re-read WH Whyte and understand what Whyte meant by “The Organization Man” in defining how becoming part of the “organization”, any structured organization/bureaucracy, requires one to re-shape and re-prioritize his/her value system to any higher value. People may still believe in God, Good, Truth, and Country, but the need to Survive, Excel and Rise, and to stay there, are all determined by the higher allegiance to the Organization.

Knowing that fine old company was going a different way, within the year I too left the company. It was the last regular paycheck I ever received.

Echoing what my Bible-scholar son told me when he decided on a career as a coach instead of ornithology, Science-based atheists say they can find honor for the truth by a humanist path instead if religion, but both academic and field science says they must subordinate there higher values once they become part of “the Organization”. It has become almost a Law. The most ordinary of sins take on an entirely different meaning. Unlike Christians, Organization people do not go around acknowledging their sins in the mirror, and become redemptive. (My own practice is to cross myself, sometimes 50 times a day, as I have reported here before.) 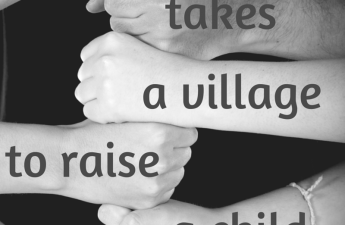 2 thoughts on “The Science Inside the Math of Science”