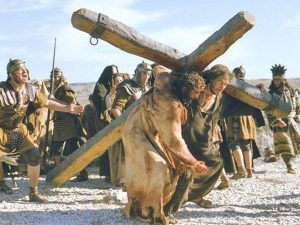 The founders of this website have been here before; we lovingly refer to it as the night of the Kraken. Many among us were active members of a web community, way back before Twitter and Facebook were ever taken very seriously. Yes, for those doing the math, that was well over a decade ago. Most of us thought social media wasn’t a terribly effective mechanism for having grown-up conversations about the state of our nation and the crumbling decay of its socio-political environment.

We weren’t wrong, of course, because you simply cannot have a serious conversation in 140 characters or less. Nor can anyone be taken seriously who spends half of their waking hours posting selfies on that Zuckerberg shitshow, or asking us to give a rip about where they are eating or what is on the menu at the restaurant they happen to be posting from.

I, for one, am stunned by how stupid we have, as a nation, allowed ourselves to become.

Future entries will be forthcoming, but it is imperative that we start the conversation about what has happened, over the last 5 years, so that we might make better choices as we go forward in the growing effort to tear down the mess we have inadvertently been complicit, collectively, in making of the national discourse.

The business model for big Tech is a simple one; provide what APPEARS to be a free place to go in order to engage in public discourse. You get to make lots of new friends, build a following, and perhaps gain some public notoriety. In exchange for this Devil’s bargain, you give up your free speech rights, your privacy, and, potentially, your personal safety. Behind the scenes, your very existence – and any interactions you have with anyone else in their “free and open Society” – put money in their pockets. The founders, owners, operators, and shareholders of the big Tech oligarchies have raked in billions and billions and billions of dollars they have made these people so rich they are, seriously, more powerful than the federal government or the elected officials who serve its purposes.

For this entry, I will just highlight the well-publicized news of a sitting US president being banished from all public discourse, and many with similar views, or those who publicly support him, being banished as well. This is no exaggeration; like our own night of the Kraken, all those years ago, there is an ongoing Kraken taking place, literally worldwide, and if it isn’t crushed it will be the end of us all.

Steps you can take, or start to take, in the immediate aftermath are going to hurt a little. They are going to hurt because they are going to force you out of your comfort zone. The long-term answer is not to ramp up pressure against politicians because most of them are already servants to the big Tech oligarchy regime. You are going to have to work independently, using the same weapon they have been using against us for over 14 years: Capitalism.

Boycotts feel nice but they do not have any short-term impact on multibillion-dollar regimes. We’ll talk about boycotts later, but for now, stop using these social media Outlets. Find new ones. I’m sorry that you have spent thousands of hours on one or more of these websites, but haven’t you already given them enough money?

Wherever you can, stop using Amazon and invest locally, and use mom and pop shops wherever possible. At the very least, take advantage of the covid restrictions and learn more about home delivery services in your area. Did you know that Bezos has made TENS of BILLIONS in profits thanks to Covid-19, or that he’s using his wealth, in collusion with Google and Apple and Microsoft, to shut down my chosen social media alternative, Parler?

If you can’t live without social media, there are alternatives. I’ve settled on one personally, and I’ll go through some of my experiences in the next entry. Until then, consider some advice I found over on Parler from someone named Dan Bongino, a guy I think is worth listening to, who suggests we just start building a parallel conservative economy. I think it’s genius. He will no longer do business with anyone that is a liberal. Period. He will question every contractor, vendor or supplier, store owner, Etc and if they are liberal they won’t get his money.

I will leave you with a quote, slightly edited for context here, of something he said in one of his podcasts recently, to inspire you as you think through the ways in which you might want to pursue building something new rather than hoping our politicians will fix what I don’t think really CAN be fixed:

“Give them what they asked for, good and hard.”