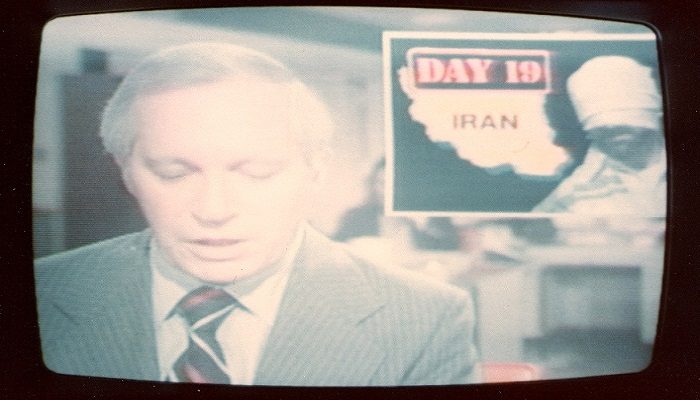 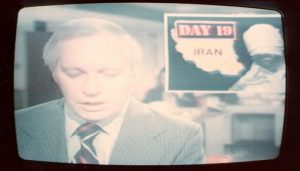 ABC’s Ted Koppel led every evening broadcast with “America Held Hostage, Day 29” (etc). It was a media symphony of hate for the totalitarians.

(i had to go dig this is up via a 2016 “let’s kiss and make-up” paper by a grad student since from Obama’s regime on, we’re supposed to think differently about Iran. After all, Obama stood by and watched the regime round up and kill hundreds when the Iranian people rose up, somehow having been given the mistaken impression America would stand on their side. It was also then “conservatives”…a term I use more guardedly these days…began to make a connection between Iran, big Euro-business interests and that whole New World Order “myth” and the Obama Left.)

The J6 Hostage Crisis in now in its 324th day (as of Thanksgiving, 2021) and still no one knows how many citizens arrested at the Capitol are being held in the DC Correctional Facility, (max population 2164…males only…) nor does anyone know, or asking how many of those cells are reserved for solitary confinement, although apparently those are filled to maximum.

We’re told they are all “felony-charges” although based on the DCPD’s “righteous killing” assessment of Capitol Police Lt Michael Byrd’s shooting of Capitol intruder Ashli Babbit, a felony could mean little more than a raised eyebrow.

And all efforts to use habeas corpus to get those people out while awaiting trial, their continued incarceration clearly illegal, have fallen on deaf ears.

Unlike 1979-1980, today no media is asking. We still don’t know how many actually await trial.

Quite frankly, events such as an FBI sniper shooting an unarmed woman outside a cabin in Idaho (on GHWBush’s watch) in 1992, or the Waco Massacre (er, tragic incident) 1993, on Clinton’s watch, killing 80, and the changing zeitgeist of the times, would have escaped the minds and memories of modern prosecutors such as Thomas Binger, who would have been a young teen, at the oldest.

Consider all the media stars and program producers today at CNN, MSNBC, major print media, who will soon find themselves up to their elbows in defamation suits, and not one of them have any memory of those events just mentioned, and how it was so easy for their employers to switch sides. They haven’t a clue, but may have to pay as much a $1000-a-word for their ignorance.

But it does appear that many prisoners are being held because they refuse to plead guilty and then get a reduced sentence in exchange for a false allocution of intent….and the DC court is simply unable to run consecutive evidentiary trials…in part because they don’t have any real evidence and in all likelihood haven’t a qualified staff of trial lawyer-prosecutors to handle back-to-back 2-3 day trials.

We didn’t know this then, but we know it now, for the whole country got a good view of what passes today as evidence, such as a poor FBI sky-film, and how it can be tampered, …and what the standard young prosecutor looks like in action, all thanks to the Kyle Rittenhouse trial this past week. Now  the nation a clear idea thanks to an honest, alert and adult jury, what 12 citizens can do with such flimsey real evidence and legal talent.

Armed with that, back in DC, maybe all the government can do is stall, maybe praying for a miracle.

I even wondered what a rescue mission could look like (Jimmy Carter tried one), and which states could put one together. Breaking in and stealing the prisoners away would be easy enough, provided Tommy Lee or Denzel were heading the operation, but once outside, would they bus them to a waiting aircraft, or just ferry them across the DC line and drive for two days? And which direction? Interestingly, although any road south is thru Red territory, there are not very reliable governors until you came to Florida or Texas.

I have no doubt that this government would shoot any rescuing C-130 down, but I think we raise enough militia in every state that could plough a path for 1-2 buses to get all the way to Jacksonville or Texarkana keeping the federals at arms-length…(sort of like that exciting OJ Simpson footage in the Ford Bronco) all without having to take  a single hostage, although the media would say we took dozens…and all of them black women.

I’ll leave the movie script to you.

But this is going somewhere, so stay tuned.