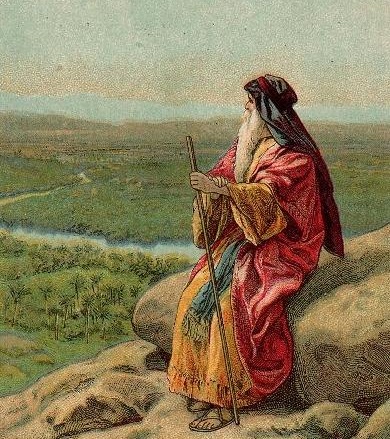 Is America an accident? A freak of Nature?  Or, is America the product of Intelligent Design?

I don’t intend to try to answer the second half of that question here as that requires an inquiry into philosophy and theology. But by the longest list of scientific and common sense proofs, I think I can say without equivocation that America is no accident. We cannot be a freak of Nature. So you can sort of figure out the rest yourself.

This is something we no longer teach our children, but we are unique.

Now, scholars (intellectuals) for the past 200 years have had no problem ignoring this question, for they think it’s a trick question, which does not really require an answer. If they reply that Yes, America is a freak, then the obvious response from the trickster asking the question is: Then why has America survived so long? In nature almost all mutations quickly die out. They can rarely survive into a second generation, much less a third, etc.

But America is into somewhere around its 18th generation of de facto self-governance, while, before the 1787 Constitution, there is no recorded history of a real nation (bigger than a tribe) ever making it past one. (True, also prior to 1787, almost all history was written by “scribes of the kings”, the name for “historians” for millennia, so there could have been dozens of nascent self-governed peoples who were simply squished, or gobbled up by a next-door invading king, only they were too small and insignificant to rate a page in the “annals of the king” being prepared by his historians.)

In fact, the archaeological record of pre-dynastic Egypt suggests this is how several tribes of farm people in the Nile region slowly morphed into an organized hierarchical “corporation”, with a chairman of the board king, a head priest, and every other person in the realm owing some duty to them. Subjects. (I plan to discuss tribes in a future piece, as it relates to the theological question of which came first; Good or Evil in human society.)

The Egyptians and a few other empires in a region from the eastern Mediterranean to the Indus Valley (India) started this process of “civilization” about 3000 BC, 5000 years ago. And they did many wondrous things, especially building things that for generations for centuries could survive; which was their purpose.

They didn’t just sort of spring up. Any fifth grader can make a list of all the things necessary for a “civilization” to grow and survive; food, water source, commerce, housing, security, common language…but the fifth grader will likely not know to include the intangibles, such as common purpose, reciprocity, you know a code of conduct with one another which no religion I know of, save one, ever bothered to list. Every nation had a list of “how to get along with the Boss”, but no one that I know ever had a list of “how to get along with your neighbors”…except for a small tribe in central Mesopotamia.

And they were the ones to turn that 5000 years management pecking order upside down, in America..

It seems these intangibles are the key to the success of this freak of nature called America.

You might say that America is the result of 5000 years of resentment for being bullied and kicked around for it does seem that does seem to be the general first impression of most of the people of the world today about America—that there is something out there better than what has been dished out to them so far.

But so far America is that lone “shining city upon the hill”. We wish there were more, but all the other “democracies”, including Britain, have had a difficult time subordinating their ancient ruling class to a position beneath the people. That has always been a step too far. Every nation has an ancien regime, except, apparently, America.

Too risky they think.

In like manner modern scholars will argue that America survived all those years because it was remote and isolated, protected from invasion.Then they have other answers as to why America, as a people and a nation, grew to become the wealthiest and most powerful nation on earth, i.e. raping the land and murdering the indigenous peoples, like the poor Algonquins (Oops, that was the French), then stopping short of why America, unlike all the other nations of the world, never used force to impose its will on other peoples through conquest. Or why, instead of invading them, on several occasions sent its sons to die liberating them, beginning with its own slaves. That too had never been done.

Our scholars never get around to having to observe that all that differentiates America from the rest of the world and the rest of history is that America did this all from the wrong end. The bottom up.

Many American are wealthy beyond belief, but with generational predictability, also squander it away through their heirs, at least regularly enough to prevent these Americans to create a perpetual landed aristocratic class as had the Europeans.

If you consider yourself a scholar and you don’t like the idea of America “as founded” then these few paragraphs can spur all sorts of retorts. And God knows we’ve been trying to draw you into an open forum for decades.

If any television network wants to conquer the 8 PM ratings wars, they’d air weekly debates on just this sort of give-and-take between those fer it and those agin it…you know, something like the Tea Party intellectuals (talk about your oxymorons) versus the academic staff of the Sociology Department at UC-Berkeley, I can provide outlines of at least 30 episodes.

But modern political intellectuals aren’t quite as stupid as we think. This explains why we never see them ever debate in open forum, where they have to confront facts that contradict their facts (which they can almost never back up; e.g., climate science, Darwin’s Theory, God, and Evil, the Seven Virtues versus the Seven Vices, economics, Math in general, or Class). For over a century one of the foundations of Marxist propaganda theory was to never, never debate facts in front of crowds of interested onlookers against opponents armed with another set of facts. Even without knowing the specifics the propagandist knows there is a high degree of probability that the “facts” offered by the other side will likely be more believable. And provable.

And don’t even mention the use of “common sense” by the other side. “Hell, boy, everybody knows pi are round”. This brings “class” into the debate, and “class” is really modern world history in a nutshell.

In a nation where the C-students out-numbered the A-students by as much as 9:1 and worked in factories built by B-students, who hired A-students to run their accounting department, and sub-contracted A-students to design their factory floor plan, the all-purpose social and political intellectual simply had no natural slot in a national economy designed from the bottom up. And they are not happy about it.

Government from the top town has always been their Huckleberry.

Which comes back to the original origins of America, and why it has always been so wrong for the world.

These are tough questions for intellectuals, since in the past 150 years or so, they have been relatively unchanged in their thinking. Their complaints against the people who hired them; from pharaohs, kings, emperors, dictators, supreme leaders, grand poobahs, et al, were largely the same; they didn’t get no respect. They were underpaid and given measly jobs tutoring rich schoolboys or keeping the books while their illiterate boss, the Duc of Earl, made all the big decisions. I recall a biography of Marx from the 70s and his main beef wasn’t capitalism and labor, but the fact that the smartest people (himself) weren’t part of the decision-making process, while illiterate kings and obese greedy capitalists made all of them. There was a continental Revolution of 1848 in Europe, sporadic but telling, based on this complaint, that they had no seat in the boardroom.

I’m an ex-lawyer and have witnessed that sentiment for over 40 years, since the early 70s when we sat down with Japanese business owners in a labor dispute, and their lawyers only ran out to get coffee.

What has changed among these types of intellectuals is that since 1945, when Europe was turned over to “democratic” socialism, the bureaucracy class had governance handed over to them while the rest of the world (USSR and Asia) turned to out-and-out Marxism with a different system of high-handed management. By 1992, 45 measly years, all the Marxists but China (and their clock is ticking) had failed, as well as the European social democracies, their bureaucracies turning into money-eating machines, and their citizens basket cases, wondering only whether it will be an overdose of aspirin or a Saracen’s blade that will end it for them.

Before 1945 America had been hated by only the aristocratic ruling classes, but since 1945, with a new management class ruling “the people” took on an indifference common to the time before the French Revolution.

Wisely America had stayed on the sidelines, watching this develop, and to date, we still know we are Americans.

We’re under no illusion that everything the modern political class has touched, once they were allowed to step outside the ivied-confines that Nature and free-market economics had consigned to them, and to delve into the administrative waters of government, has failed…under all the titles that class has used to conceal not only their true intentions, but their wholesale lack of ability.