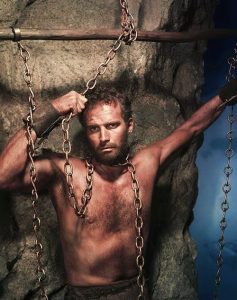 In part I of this series I posited that humankind, despite countless opportunities over the course of thousands of years to live free of the chains of bondage and in accordance with their own free will seems, instead, to prefer choosing others among them to keep those chains clasped as tightly around their throats as necessary to keep them under control. And yet, as the historical record of humankind suggests, there has been many a Moses that has walked this Earth that has tried to lead us to better places. Admittedly a bit of a stretch to conflate the biblical figure, Moses, with figures in the modern era, there is nonetheless a reasonable allegory that can be drawn which suggest that – so long as we have free will – there is a little bit of Moses that lives on in each of us that has come after him.

2,700 years after the Israelites had chosen their first king, a group of Englishmen cast off their chains of bondage, held tightly around their throats by King George III, and set about trying to stand humankind back up on its feet, free of their own chains of bondage, and unleash their free will and human right to self-determination. By all accounts, this idea was considered foolish and dangerous and doomed to fail. The individual, you see, is by and large considered incapable of survival when left to his or her own devices and therefore necessarily considered, singly, to be expendable in the context of the greater society at large.

How ever sad it might be that humankind, in all its enlightened, glory could have evolved itself beyond its most primitive and fundamental need to value and honor the sanctity of each and every life, it is as much the fault of the leaders we have chosen over the centuries as it is our own fault for letting them do it.

America’s Founders understood this. So, too, did the men and women who fought alongside them against the King, not nearly so much for themselves as for an “idea” that promised freedom and liberty and self-determination for the generations that would follow them.

And a new covenant was struck between humankind and its leadership.

According to the Bible, which I recognize many readers will dismiss out of hand as nothing more than campfire fairy tales passed down and reinterpreted for thousands of years, serves us, none the less, as instructive for my purposes here. It is said that Moses destroyed the decalogues when he came down off that mountain. Explanations for this vary widely, but whatever happened, physically, it did not prevent the words written on them from finding their way into the hearts and minds of the people.

Words, once uttered, can never be destroyed.

In much the same way, when the founders got together and started hashing out their own sets of words as to how the Great American experiment was going to work, they struggled long and hard to find the right words to reach the hearts and minds of the new Americans and inspire them to live up to the promise of a new and better life. Whatever their religion may or may not have been, they were students of History and understood, well enough, the lessons that Moses had learned all those years ago.

The body of the US Constitution, though not intended to be a part of this series, is easy enough for anyone to look up and read and it is strongly suggested that each of you do so in full and complete detail. It is important to understand how critical the founders believed it was to have separate but equal balances of power precisely to ensure that no single branch could ever sneak in a modern-day monarchy. And, at its very core, the American experiment was designed to shine a bright light on the ideas of personal freedom, individual liberty, and the fundamental right to self-determination… and the exercise of free will.

I don’t think it was intentional that the Bill of Rights and the Mosaic decalogues both consisted of 10 items although I do believe it is a delicious coincidence. The stated intention for developing the first group of amendments to the US Constitution, seemingly rather soon after the country was formed, was intended to “list specific prohibitions on governmental power” and was a “response to calls from several states for greater constitutional protection for individual liberties”.

As you read what follows, consider the state of our nation today:

Amendment 1
– Freedom of Religion, Speech, and the Press

Congress shall make no law respecting an establishment of religion or prohibiting the free exercise thereof, or abridging the freedom of speech or of the press, or the right of the people peaceably to assemble and to petition the government for a redress of grievances.

Amendment 2
– The Right to Bear Arms

A well-regulated Militia being necessary to the security of a free State, the right of the people to keep and bear Arms shall not be infringed.

Amendment 3
– The Housing of Soldiers

No soldier shall, in time of peace, be quartered in any house without the consent of the owner, nor in time of war but in a manner to be prescribed by law.

The right of the people to be secure in their persons, houses, papers, and effects against unreasonable searches and seizures shall not be violated, and no warrants shall issue but upon probable cause, supported by oath or affirmation, and particularly describing the place to be searched and the persons or things to be seized.

Amendment 5
– Protection of Rights to Life, Liberty, and Property

No person shall be held to answer for a capital or otherwise infamous crime unless on a presentment or indictment of a grand jury, except in cases arising in the land or naval forces, or in the militia, when in actual service in time of war or public danger; nor shall any person be subject for the same offense to be twice put in jeopardy of life or limb; nor shall be compelled in any criminal case to be a witness against himself, nor be deprived of life, liberty, or property without due process of law; nor shall private property be taken for public use without just compensation.

In all criminal prosecutions, the accused shall enjoy the right to a speedy and public trial by an impartial jury of the state and district wherein the crime shall have been committed, which district shall have been previously ascertained by law, and to be informed of the nature and cause of the accusation; to be confronted with the witnesses against him; to have compulsory process for obtaining witnesses in his favor; and to have the assistance of counsel for his defense.

In suits at common law, where the value in controversy shall exceed twenty dollars, the right of trial by jury shall be preserved, and no fact tried by a jury shall be otherwise reexamined in any court of the United States than according to the rules of the common law.

Excessive bail shall not be required, nor excessive fines imposed, nor cruel and unusual punishments inflicted.

Amendment 9
– Other Rights Kept by the People

The enumeration in the Constitution of certain rights shall not be construed to deny or disparage others retained by the people.

Amendment 10
– Undelegated Powers Kept by the States and the People

The powers not delegated to the United States by the Constitution, nor prohibited by it to the states, are reserved to the states respectively, or to the people.

It is safe to say that, as it was with the first Covenant in the Millenia after Moses so too is it becoming in the Covenant between the American people and what has become of its government more than two and a half centuries after it was first formed. This is not to suggest the world has come to an end but rather to serve as a reminder that the continuing decay of the American experiment can either be turned around using all the means provided by the founders, or we can finish slipping those chains back around our necks and clasp them tightly around our own throats.

Let’s take a closer look at that in The Post-COVID Decalogues: Part III 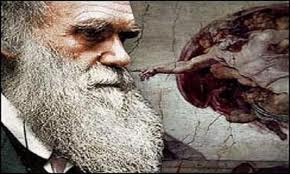