In the close of Part II in this series, I shared the official list of the first ten Amendments to the US Constitution also known as the Bill of Rights. My intention was to set the stage for a few thoughts regarding the state of our nation today in contrast with the bright-eyed hopes and aspirations of the Founders and the first-generation American citizens. If this series accomplishes nothing else, I pray that it reinforces the idea that there can be no forward progress in America without a sober and somber reflection and review of at least some of what has transpired leading up to this moment in the history of humankind.

As we begin, let’ us remember that America has been no stranger to trials and tribulations; there have been wars and famines and pestilence and crippling poverty. There have been victories and defeats, large and small, and there have been fractures and tears in the National fabric that, with enough time, have always, eventually, been mended and repaired and healed and made better.

Such is the nature of our species that no panacea can ever be fully realized but only fervently pursued so long as the exercise of our free will in doing so is not compromised. It is my contention, however, in the fledgling post-COVID reality unfolding before us, that the greatest test of our will to survive as the free and independent nation envisioned by our founders still lies ahead.

Julius Caesar is credited with the expression “divide and conquer” and although we can’t be sure he is the originator of the quote, what we do know is that Kings and monarchs have employed this tactic to diminish the power of the people they rule since the dawn of Kings and monarchs.

Interestingly, this very same tactic is being employed today in America not only by the ruling class but by our fellow Americans surreptitiously fomenting for transformational change under the auspices of so-called “progress”. And they are getting away with it, first and foremost, by creating false narratives with respect to socioeconomic subgroups of the population, and then dividing them up into smaller victim and protected entitlement classes, before turning the rest of us against and between each other to fight it out on the streets and in the halls of government.

Many among us might consider this treachery to be the very definition of treason, and I might be the first to agree except that the insidious underbelly of this contrived dissidence runs much deeper below the surface than simple activist naiveté.

The Weaponization Of Free Speech

I think most would agree that the First Amendment to the Constitution is, perhaps, the most powerful promise made to humankind and recognizes, more than any other, that free will and self-determination are the cornerstones of our constitutional guarantee to life liberty and the pursuit of happiness. Yet somehow, over the course of the past two and a half centuries, like the slow-drip of Chinese water torture, the meaning and purpose of our rights to speak and freely assemble have been slowly effaced to a point our Founders could never have anticipated. And, where the idea of having a right to speak freely without fear of retribution from the ruling class might have once been intended to level the playing field in the National discourse, it has now been co-opted by progressivism and retooled to do precisely the opposite. It has been weaponized for use against any attempts to resist.

One could spend endless hours researching examples of lives being lost or reputations being ruined over accusations that were subsequently disproved. And it is no small thing to point out that, advancement in technology, and the pace at which information – fact or fiction – is being shared around the planet long before it can be proved or disproved, is overwhelming the news consuming public (see: Pandemic, COVID-19).

Joseph Goebbels would be proud of today’s progressives.

The sheer volume of distraction and redirection and misinformation riding shotgun on the information highway facilitated by media conglomerates – including, most importantly, the colluders and co-conspirators that control social media, along with their useful idiots in the rank-and-file of the Progressive Movement – have effectively cornered the market on facts and truths and taken control of public perception and the national conversation. But, as Mark Twain once suggested, they are simply not bright enough to keep this up much longer:

The newspaper that obstructs the law on a trivial pretext, for money’s sake, is a dangerous enemy to the public weal. That awful power, the public opinion of a nation, is created in America by a horde of ignorant, self-complacent simpletons who failed at ditching and shoemaking and fetched up in journalism on their way to the poorhouse.

We, the People, are the last line of defense between them (and those members of the ruling class comfortably tucked away in their back pocket) and the global capitulation they are fighting for that will surely set us back to the days of Moses and put us back in those chains of bondage, humankind has paid millions of lives to be free of.

It would be fair, at this juncture, to ask just exactly what the bloody hell we should do about this mess. And, make no mistake, all the tools necessary to right this Ship of Fools have already been made available to us by the founders. But… we are going to need the American grown-ups to get their heads out of their arses, of course. On the upside, the overreach of the ruling class elites during this COVID-19 disaster has at least gotten more of them to sit up in their chairs and start taking notice which will help. Isn’t it funny how it sometimes requires direct and personal pain from a government you helped elect, assuming your vote was all it would cost you to be left alone to live your life in peace, in order to understand that the government doesn’t care about your problems unless and until you make them feel your pain?

Before we react to just the Abomination that has become the first amendment, we should review Amendments 2 through 10 and wrap some post-COVID context around them in The Post-COVID Decalogues: Part IV

The Post-COVID Decalogues: Part I 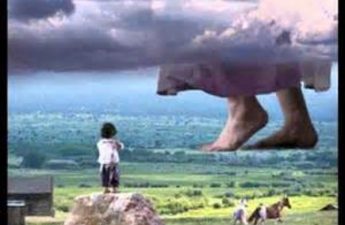