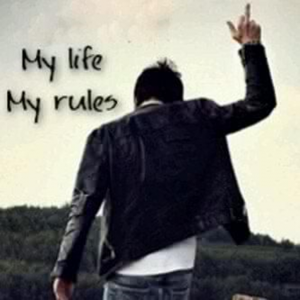 In part III of this series some effort was put into exposing the seemingly-nefarious nature of the erosion of our first amendment rights as they were promised to us at the founding of our nation. It was my intention to point out the extent to which the very same people who so strongly assert their constitutional rights happily do so, and with malicious intent, at the expense of the rights of others that dare disagree.

As the good grace of God would have it, history-changing events on the ground in America and around the world, between my first draft of Part IV in this series and today, have forced me to switch tactics on how I was going to proceed with this Unwashed “Post-COVID Decalogues” dissertation. Whether these events are acts of Divine Providence, on par with God’s complete reboot of the human race via Noah, or simply a purge of human evil, such as it was with Sodom and Gomorrah remains to be seen. But whatever shadow has now been cast over humanity, it is the stuff of collapsed Empires history has told us so much about since the dawn of civilization.

As we move forward here, keep in mind the foundations already laid; Moses gave us the Ten Commandments, and the American Founders gave us the initial 10 rights assigned to all Americans. These two sets of 10 rules to guide Humanity, while not exactly the same, certainly correlate well enough for our purposes. To be sure, consistent with the general notion of universal human frailty, there are plenty of lapses that have occurred over the last several thousand years. More or less, however, these lists of expected human behavior have kept us from reverting back to the Godless tribal animals, with no sense of common decency or self-respect or respect for other human lives, that we were before we became civilized.

In recent years, and most especially in recent months, however, these things have lost their value and meaning in the hearts and minds of those who are now actively seeking to destroy anything and everybody that stands in the way of their goals of erasing every harsh or inconvenient truth about our history and our heritage. And, for the time being, at least, they are winning.

God told the prophet, Samuel, this is what would happen if the Israelites demanded, and anointed for themselves, a king to lead them. He wasn’t wrong.

Life, Liberty and the pursuit of Happiness.

The COVID-19 pandemic, if nothing else, has once and for all shown the human race the terrible price it is routinely made to pay whenever it divests itself of any responsibility for the actions its leaders take, or don’t, on their behalf. One need look no further than the pace at which rights were stripped from the people, in the name of Public Safety, the depths of the pain and suffering and sacrifice we were made to endure in order to survive a worldwide health crisis, and the resulting decimation to our lives and our livelihoods knows no measure.

We lost our jobs, we were put under house arrest, our access to food and supplies, was severely constrained and we were deprived of our freedom to move about, or travel and seek alternative housing or supplies or services. As well, our children were locked down and locked out of access to taxpayer-funded education facilities. And just like that, life liberty and the pursuit of happiness became a meme to be mocked on social media around the world. And, all the while, the mind-numbing Blitzkrieg of social and corporate and commercial media messaging, hammering home the false hopes and patent lies about all of us being in this together, while each of us was locked away in our homes and not allowed to mingle or socialize or conduct in-person commerce felt a whole lot less like soothing reassurances and a whole lot more like the calm-voiced pilot telling us everything would be fine right before the cockpit of the aircraft made direct contact with the planet.

For all the hopes and dreams and future aspirations our founding fathers foresaw when they declared independence from the tyrannical King of England, we find ourselves almost right back where we started more than 250 years ago and, in all fairness, we aren’t any better off now than the trainwreck Moses looked down upon when he came down from the top of Mount Sinai.

The Security Of A Free State

The much-maligned Second Amendment to the United States Constitution has been causing fits and wreaking havoc between the political left and political right for decades. Its very existence has been blamed, by mainstream Democrats and Progressive liberals alike, for every act of gun violence between the American people. Unthinkable amounts of money have been spent in the name of both defending it and trying to abolish it for generations.

Instead of continuing to focus on the words “the right to keep and bear arms”, that pesky little catchphrase the anti-gun crowd likes to use as their ‘strawman’, it is far more instructive if we, instead, consider the entirety of the Bill of Rights in the Second Amendment context.

First, we have the right to speak out without fear of retribution or persecution by the government. Today’s protesters are taking full advantage of that guaranteed right. Those rights, however, do not extend to violence and vandalism against their fellow citizens in the community. Neither do they have the right to burn and destroy public or private property. Unfortunately, the media and the agitators… Sorry, I repeat myself… Have chosen to leave that part out of the national discourse on perceived systemic racism and perceived social injustice.

Secondly, and more importantly, we have the right to be safe in our person (4th Amendment) by relying on the Second Amendment to secure our free, individual state, and defend ourselves when physically confronted or challenged by those who would inhibit, or take away altogether, our rights to do so.

The founders surely must have anticipated future tyrannical unrest – from the government or from enemies within society, and the conundrum that would ensue. They were smart men, and smart men recognize that, without a right to defend yourself, by force if necessary, while also being secure in your person, is necessarily linked directly to the rights they bestowed upon us to speak freely and peaceably assemble and petition our government for a redress of our grievances. Any separation or removal of either of these rights from the other would render both of them worth less than the parchment those quill pens inked them down upon.