Is it Time for the Old God to Take Control Again? 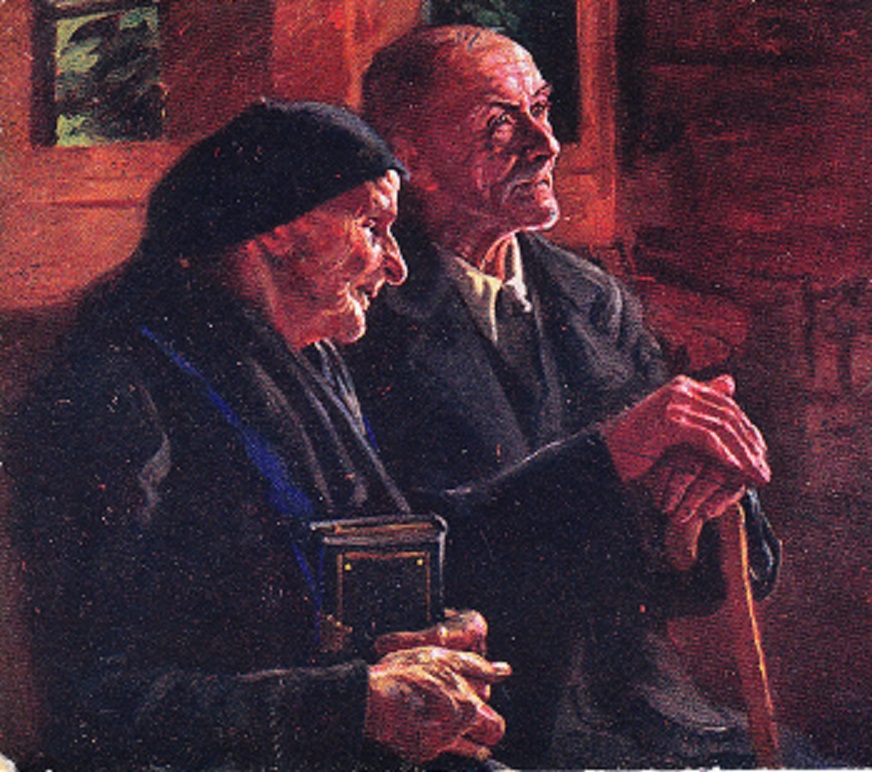 I’m talking here about the God who started it all, from teaching Man to domesticate grains to feed himself and then to identify and separate ores in the earth, so as to blend them with fire to make tools, who then predictably turned their metallurgy into weapons of war.

That God is the same one had already drowned Mankind out once before.

He is the same God who knew eons ago about Man’s desire to deify himself, finally creating large images of themselves for their people to worship. Until the next Man-god came along.

Eventually He separated them by language so that Man could no longer move with one mind, until only recently when all those languages could be allied to create yet another universal language, only with technology, which is where Man stands today, poised to take back from God everything He created, and sell it as their own.

But knowing Man would try, that same God created a system of governance whereby ordinary people of many languages, and many versions of God, could coexist peacefully with one another, in freedom, without the fear of interference of “men who would be kings”.

Everything we see tried today we find has been tried before, always leading to one great moment of decision, first of Man and then, if he answers wrong, then of The Old God to move ahead with a correction or a different direction.

Actually, that’s where Mankind stands today, and it’s either America’s misfortune or good fortune to be standing in the breach to prevent Evil taking over, or shake Evil’s hand and pass it through.

Among my pastimes I watch old movies on cable which allows me to gauge what was popular in America in the 30’s, 40’s, 50’s and 60’s, and so on, what films people of various age-groups paid to see, but also what the cynical and profit-only business end of Hollywood thought would sell. You should use old movies as a textbook from time to time. I even take notes.

I recently saw a 1963 film “Spencer’s Mountain”, starring Henry Fonda, (Jane’s dad and Jimmy Stewart’s best friend) and Maureen O’Hara with a slew of kids. I was 17 at the time, and saw it in a local theater with a couple of buddies, and thought it was a sappy movie. It was a morality play, indirectly about God, Who didn’t know it at the time, but was beginning a long down-hill slide that year.

If you Google the film today you will see their https://www.imdb.com/title/tt0057523 short intro:

Released in 1963, the story undoubtedly had great appeal for those who see that way of life as quintessentially “the American way”.

Plot: It’s about a large family of 7 kids, all under 17, (the Spencers) living in Wyoming near the Grand Tetons, from an even larger all-male family who had lived there since the 19th Century. Fonda plays a headstrong father who’d spent his life working in a nearby quarry, whose life’s dream was to complete a retirement home just for he and his wife on top of Spencer’s Mountain, where his own father was raised 60 years earlier, once his kids were grown.

The Subplot was that Fonda hadn’t darkened the doorway of a church since he married and was rather proud of that feat. No Spencer had ever gone to college, and his oldest son just graduated high school, and barely missed a scholarship to the university, so Fonda went back and forth to wrangle with the school president to find a way for his son to be admitted, which required the help of the local minister to teach him Latin, which in turn required Fonda to show up with the family in church on Sunday morning…for which the whole town showed up see.

Final plot: unable to borrow the $550 to cover tuition and room & board for the first year (this was just 57 years ago folks! if you do inflation-counting), Fonda/Spencer marched straight up to Spencer’s Mountain and burned down the house he’d been building there for years, then quickly sold it (as it had the finest view of the Teton Valley anywhere, which even Ted Turner couldn’t buy today) and the film ended with Son #1 headed off to college on a bus.

Watching it now, 55 years later, I didn’t have to be G K Chesterton to find the “God message” in this film, even though He’s almost never mentioned. This is, by the way, how I think God actually prefers it to be, or He wouldn’t have made America from so many different pieces in the first place. In all those households, God was to be part of the woodwork, permeating every room, people only noticing when one such as Clay Spencer (Fonda) stood out because he rejected God.

If God had wanted America to have only one church, he’d have brought Roman Catholics here first, only the taste for freedom, including religious freedom, existed only in England in those times. And the Roman Church had already signed up with the kings 800 years earlier. Instead God invited dozens of other smaller churches, some of which couldn’t stand the sound of one another within earshot. Then a century or two later, He even brought in hundreds of competing languages, many Catholic, but all from the same lower rungs of their societies back in the Old World; small farmers and detritus from the depths of lower-class urban societies of Europe.

A stroke of genius, “To be American” had become a successful project of God’s for soon, just a generation or so, they came to America with their principal ambition to “become American”, not better Calvinists, Baptists or Catholics.

The conditions were right, so right, it seems the Devil’s minions, who we today call the Left, had to go into overdrive to try to undo it since at least since the 1930s.

Today, most Americans under 45 have no sense of the type of society that defined the “American Way” in 1963, just a year before the Vietnam War began, and the Civil Rights Movement was already being redirected in another direction from Dr Martin Luther’s King’s “Dream Speech” of that same year.

This is when “Modern History” as we know it now began to unfold, and the God of Old was no longer the “great presence” that dominated the American culture and highroad.  Rather they began shifting Him off into side rooms. Oh, He still stands very tall in individual church communities around America, but collectively Christians and God no longer control the main highway of America. That main highway is now in possession of the anti-Gods, who go by several names.

They are now signaling they believe they no longer even have to tolerate us with fake manners.

Even though national polls show that 72% of Americans still believe in God, no poll shows how deeply many feel the need to appear openly proud about it, instead preferring to keep their “light lit under a basket” (Mt 5:15)

What both Christians and anti-Christians today forget (or deny) is that there still is a God of Old who can start all over again.