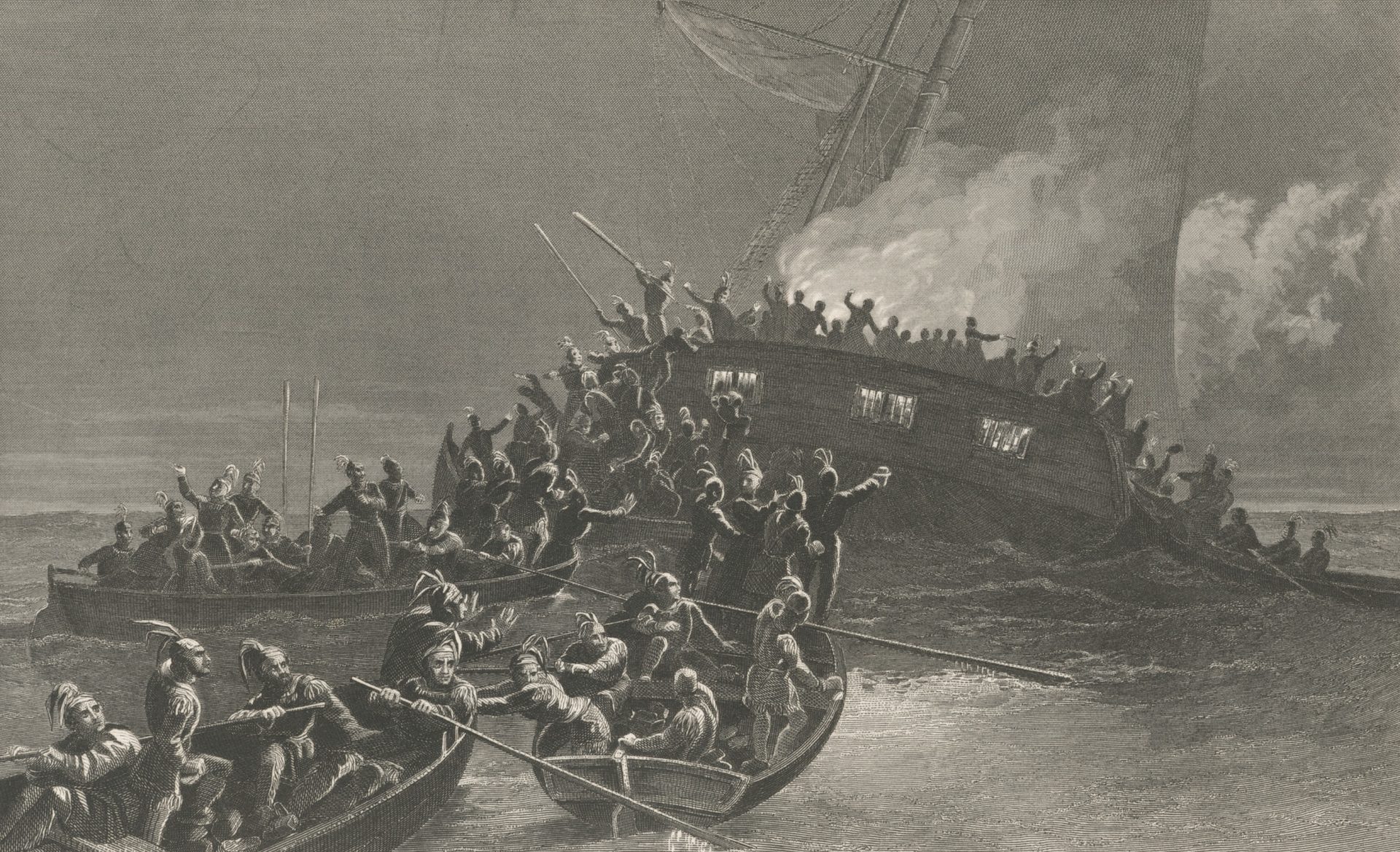 As an animal species, the human race can be separated into one of two necessarily- opposing groups; the “conqueror” and the “conquered.” The higher-minded Sciences would vehemently reject such a simplistic proposition, waving countless studies around in the air about the tremendous complexities of our species, and insisting that only the most learned can fully grasp the deeper meanings of the mountains of data and previously published observations with respect to Homo sapiens. This is a silly and vain notion, of course, but it is an early example of the groups of people that fall into the “conquered” category. If you think I have that backward then you have failed the first test of readiness to embrace and internalized the ultimate point of this essay 1600 words or so hence.

In fairness, I intentionally put forward the equivalent of a trick question here; if you consider these terms in the context of winners and losers in battles over territory or possessions then you would be on the right track. Taking a step back, however, and internalizing the human reality that the conqueror one day typically becomes the conquered on some other, it is my fervent belief that the dividing line between these two states of the Human Condition is, and has always been, Humankind’s innate Free Will.

The Human Experience is a Consortium of singular and individual Life Choices, some of which we learn from and adjust our survival-enhancing trajectories accordingly, while there are others over which we exercise insufficient self-control inevitably leading us ever-forward towards survival endangering behaviors. I suggest that it is these malleable, ill-advised and poorly considered choices – allowed for by that pesky matter of Free Will- that ever-steers our species back and forth between the alternating states of either the Conqueror or the Conquered.

Adding a layer of complexity to the worlds of the Conqueror and the Conquered, consider the role “deceit” plays in the eternal epic battle for the survival of the human race. Believed to be the Devil’s first-born by some, or simply the patriarch of evil by the non-believer, the battle between the Conqueror and the Conquered has, exclusively, been decided by the side most able to vanquish the roll deceit attempts to play between the warring factions. It can be fairly argued, if considered honestly, that it is our susceptibility to Self-Deceit, in fact, that might be the greatest weakness of mankind.

In the trick question above, the high-minded Sciences – convinced as they are of their intellectual supremacy over those who would oversimplify complex topics – exemplify the sorts of people who, so deeply entrenched in their singular view of the world, have been conquered by, and subjugated to, sets of vanities and self indulgences beyond which they are incapable of looking. This is the worst kind of self-deceit because reflection, salvation, and adjustments to survival-enhancing trajectories is forever beyond reach, obstructed in large part by pride and self-righteousness. In the wake of these human frailties, following closely behind, is always a belief that the adherence to their “calling” is just and must prevail, even at the expense of innocent or dissenting lives.

Consider a biblical narrative about Isaac, Esau, Jacob, and Rebekah which dates back roughly five millennia. In advance, I should point out that there is no prerequisite requiring for a belief in, rejection of, or agnostic opinion on the Bible, but it is a good place to find narratives regarding our treatment of one another throughout the history of mankind. In this particular story, found in Genesis chapter 27, Isaac- son of Abraham (the patriarch of monotheism) was married to a woman named Rebekah with whom he fathered twin sons, Esau and Jacob (later called “Israel”). In the days of these four people it was generally accepted that the first-born son would inherit the family possessions and overall control of family affairs. Despite being twins, Esau came out first and was therefore, technically, the eldest son. In his final days, mostly blind and frail, Isaac was tricked by Rebekah into believing it was Esau that was by his side when he handed over control of the family affairs. It was, however, Jacob who was actually by Isaac’s side and it was Jacob that took over control of the family, effectively cheating Esau out of his Birthright, and even though there would eventually be forgiveness in Esau’s heart, and contrition in Jacob’s, it was not Isaac or Esau that had been conquered by Jacob’s deceit. It would be Jacob himself, much later in life when he was known as Israel, that had become the conquered as he fell prey to his own vanities and self-indulgences and had enslaved himself in his own self deceit. He had convinced himself that he was on the right side of history, that his deception would give rise to a greater nation, and so sure of himself was he in his glorified self-righteousness that he deceived himself into believing he was doing the right thing and serving the greater good of all mankind. Perhaps he ultimately did, but history is a fickle judge to which the modern era can attest.

This story exemplifies a fundamental truth about the Human Experience which suggests that, throughout the history of humankind, faith and trust can be easily enough established early in relationships (between people, governments, and Nations) – very much like it was between Isaac, Jacob, and Esau – but it is our failure to hold each other (and ourselves) accountable for words and deeds, our failure to deliver on promises and guarantees, and our failure to overcome our survival endangering tendencies that is routinely the root cause of how deceit gains its insidious purchase on its eventual power over the deceived. And it is this vulnerability to self-deceit, and to convincing ourselves that personal sacrifices lead to survival-enhancing outcomes rather than the survival-endangering results that eventually take place, that bring us to our greatest defeats.

Clear parallels can be drawn between the story of Jacob and Esau and the relationship between the Founding Fathers and the Sovereign Individual Americans with whom they struck an agreement. Just as there had been an eventual shared interest between Esau and Jacob to honor their father and their family and work together for the greater good of subsequent Generations, so too had there been a shared interest between the Founders and the American people to work together, building a new nation to pass on to subsequent Generations, bound together by written law and signed in the shared blood spilt side by side on the battlefields in pursuit of Individual Freedom, Liberty, and self-determination .

As it has been throughout all of Mankind’s history, unfortunately, the much darker parallel that can also be drawn between the days of Esau and Jacob and the modern era, is that very same line drawn between the Conqueror and the Conquered and the endless war between the deceiver and the deceived. Consider that approximately 10 Generations have passed since the Declaration of Independence was signed, and reflect for a moment on where things stand, in 2022, with respect to the agreement struck between the Founding Fathers and the American people.
Our government, although comprised of sovereign individuals, currently conducts itself as if America is a two-tiered society; those at the top believe themselves to be the supreme arbiters of every choice presented to the lower-tier of society in all matters of their everyday lives. they have deceived themselves into believing they know better how individual lives should be conducted than those beneath them. Corrupted as they are by their own vanities and self-indulgences, they have – like Israel – enslaved themselves in their own righteousness and self deceit under the false notion that they are on the right side of history and serving the greater good. The great Misfortune in this is the extent to which the lower tier sovereign individuals have allowed themselves to be deceived. There is no small amount of awareness on our parts that the Leviathan government Hobbes warned us about nearly 500 years ago is currently doing everything he said it would. What is different about 2022 America, and the Rising Sovereign Individual, is the one thing no king or dictator has ever been able to take away: Hope.

History is replete with stories of moments like this one across the span of The Human Experience, and – in every case -they end badly, most especially for those in power. Our Founders knew enough about this history to build a new nation in such a way as to shield America from repeating those mistakes of the past. To their credit, we made it many generations further then the rest of the world expected we would, but the cornerstones of our founding principles were what brought us this far and will take us back to where we need to be; Individual Freedom, Liberty, and self-determination separates America from much of the rest of the world, and the way back to these principles begins with forcing and end to the deceit from the top tier of society, taking back the Equal Rights of the governed from the governing, and reclaiming the rights of the sovereign individual guaranteed in the Constitution. Our government must be re-educated and made to understand that the Conqueror becomes the Conquered when he surrenders to his vanities and Self-Indulgences. The Conquered becomes the Conqueror when, by his own free will, he denies them victory.

Quintus Ennius is quoted as having once said:
“The victor is not victorious if the vanquished does not consider himself so.”
and the rising Sovereign Individual must no longer see himself so.